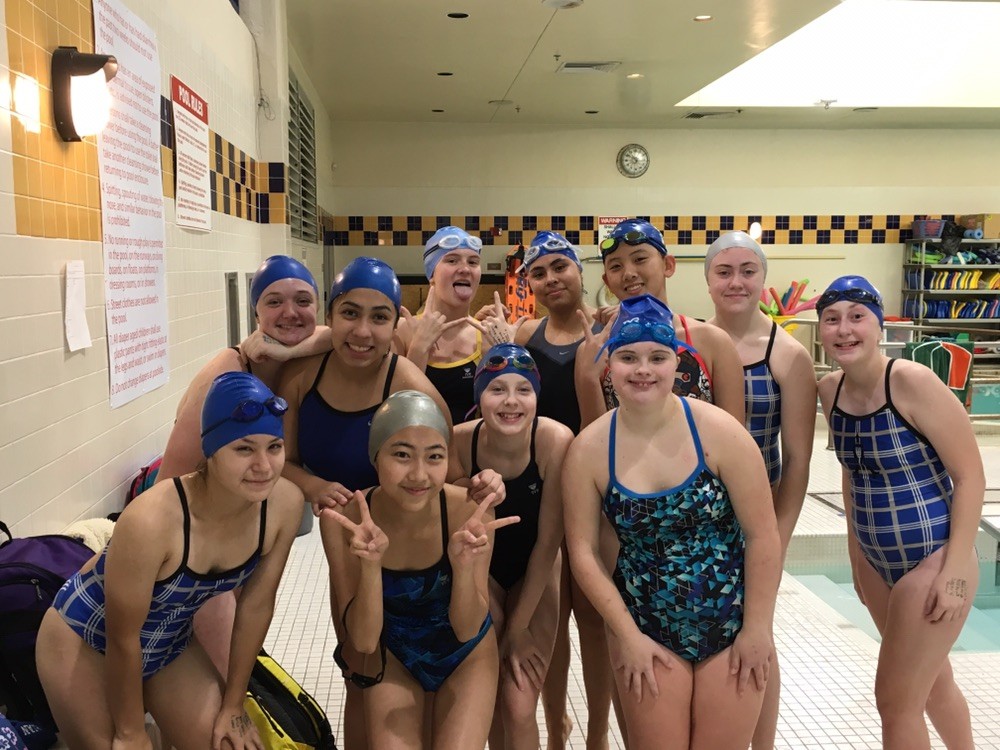 The Knights opened their season against Riley, and despite the loss, the ladies swam well and set a positive tone for the season. Setting base times near where they left off at the end of last season, veteran members are looking forward to big time drops at upcoming meets. Stand out swimmers were freshmen Anna Liu placing first in the 100 Breaststroke at 1:20.96 and second in the 200 IM at 2:44.48, and Annalise Robledo placing second in the 100 Backstroke at 1:18.92 and third in the 100 Freestyle at 1:07.48. Tonight’s co-captains were veteran members Minji Yun (junior) and Ellie Hicks and Emmalee Adkins (sophomores).